we're loving the great weather and the dark mornings. i've always imagined new england to be like this. cool, still mornings, the gentle fall of autumnal leaves and the eventual but slow rise of the morning sun. 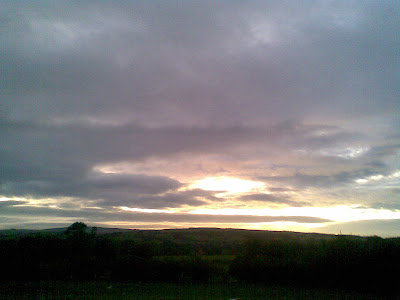 early doors we did our regular 5 mile hilly road loop, equipped with headtorch and charlies disco lights. what a lovely run it was. and back as daylight was starting to break. today i pushed on a little and picked up the pace from my norm. usually this is a 'stocking filler' route to supplement the rest of my training. but things have changed.

i have a new plan and i'm excited.

i've decided to grasp the idea of periodisation' and have drawn up a way that will hopefully see me return to both enjoying running again and performing better.
for now, out go the long runs (proper long runs) and in comes a focus on speed, tempo, quality hill sessions and a longest outing of up to two hours max.all this with an aim of hitting some hm's or similar early in 2010 before perhaps cranking up the distance again.

but whatever will be, right now i'm really happy to have a clear focus on something that doesn't have the time commitments of longer stuff or the self-imposed pressure i've felt recently (on top of some of the crap you have to deal with in life, notably work related)

who knows a kick in my step just might return.and with it, a new me to go with new england
Posted by ultra collie at 09:48 10 comments: 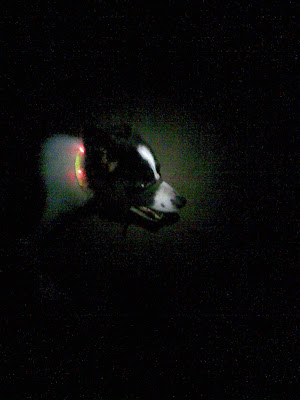 up and down (round and round) 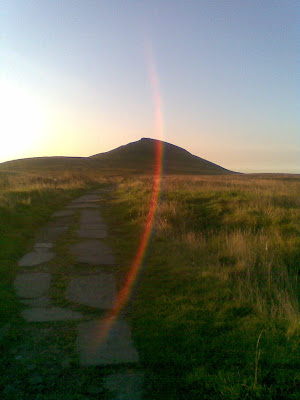 i think i may have been a little too optimistic to think that with two weekends of longer running i could be ok for the HP40. a bout of something yesterday and the need for night nurse sealed that decision. 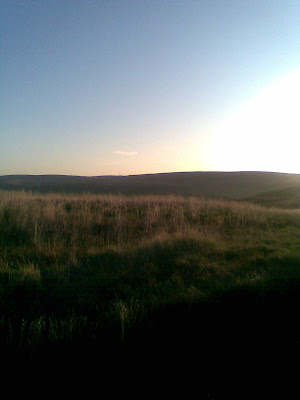 following the hills n dales run out, we set about another longish outing from macc forest over to shutts then cumberland to 3 shires head then over to the goyt valley and back. it was a lovely day and relaxing. charlie loved it particularly given my chilled state perhaps. 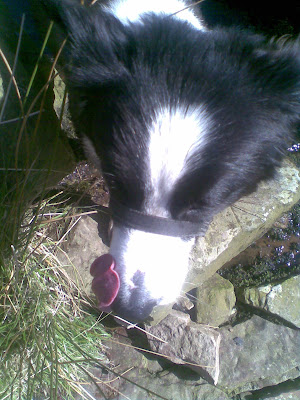 but to be honest, given the terrain, the climbs etc i felt like i walked loads of it. and had a comedy 'falling over in slow motion' on the pathless moorland when both feet went into a hole and down i went like a sack of spuds. only the remoteness was able to save any embarrasment.
i think i overplay in my overactive mind
..i want to just enjoy it
..but then i still obsess that i'm just slowing down
..so maybe i should go shorter and put the speed in?
..but i love these ambling hours
..but where am i heading?
its a riddle that i feel no closer to solving this year. whilst i like the laid back approach i am also a mix of internal competitiveness..neither of which sits neatly on their own within my being.
the high peak 40 will have to wait now until next year. so maybe windgather is the next one for me. i'll be at the back though and thats unwanted pressure in itself.
i think that for 2010 i will plan the year into distinct chunks of different running phases rather than it seeming like one long single-speed outing.
Posted by ultra collie at 13:21 5 comments: 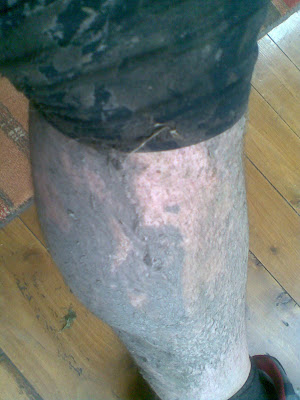 the comeback kids are alive and well. yesterday we took the tentative step of our longest outing for quite some time..since my 'mental running meltdown' redoing the peakers stroll route on our own in fact.

i was apprehensive though. although the route is only some 10 miles from my house its an area bizarrely that i'm quite unfamiliar with so my navigation skills would be under the spotlight and to be quite honest i haven't felt this has been a strong point for me in 2009!

once again a low key start, from high ash field study centre, at 9am by around 25 or so runners. within minutes we were above ankle deep in mud, wading across bogs, the mud wrestling to avail us of our footwear with every step. in places, mud would give way to ankle deep cowsh**. what a delight!

soon we were to reach the first of many many stiles, making the whole event a bit more of an obstacle course in mud than anything else. i had to carry charlie over a few of the said obstacles so by the end of the run i looked like a swamp creature and smelt shall we say a little 'ripe'.

still you had to smile and we met with one or two great people along the way. drunken euphoria looked on fire with his current solid block of running and races. we were running and catching up when charlie had an altercation with another dog by a five bar gate. i could see it was going to 'one of those days' and said farewell to d-e as he headed of into the distance.

it was the kind of outing where, due to the bogs, stiles, and general slip slidey underfoot conditions it was hard to get any momentum for any sustained period...well that's my excuse anyway.

on the navigation front, i went 'wrong' once and only momentarily..so i was chuffed with that.

the 5 checkpoints provided great nourishment along the way and the meal at the finish was delightful. thank you to everyone. the organisers and the checkpoint staff were just so lovely, smiley and helpful :)

events like these are wonderful. challenging courses. great people. laid back atmosphere. and enough tucker along the way to feed a small army.

it was only 22.5 miles but the hills and dales, bogs and stiles may, just may, be the start of our return to the 'longer stuff'. and maybe, just maybe, we'll be seen for the start of the High Peak 40 in two weeks time after all ;)

watch this space.
Posted by ultra collie at 07:13 8 comments:

actually it's humping it down and me, mrs uc and our four-legged sidekick have just come in from a x-c trot (followed by a good dose of kenyan hills for me and charlie)

this is a first! our first ever run together since we moved here 14 years ago when i was on twenty marlborough (red ones not the girlie lights) a day and wheezed my way through a solitary mile then nearly collapsed with exhaustion! anyway, whether mrs uc will entertain me making the route up again remains to be seen with all the mud, fences, nettles and slippery stiles we had to negociate. but it was refreshing and exhilorating and we all had a grand splash and splosh.

other blogger mates (you know who you are) have been espousing the merits of autumn running and after todays outing i'm up for it! you cant change the weather so why moan about it..but we do get more than our fair share of rain over here..so much so they even wrote a song about it!

And whilst that deckchair in the garden it makes no sense
It doesn’t spoil the view or cause offence
Those Floridas, Bavarias and Kents
Make gentlemen wear shorts but don’t make gents

From Cheetham Hill to Wythenshawe it’s rain
Gorton, Salford, Sale pretty much the same
As I’m caught up without my jacket once again
The raindrops on my face play a sweet refrain

And as winter turns reluctantly to spring
For the clouds above the city there’s one last fling
Swallows build their nests, chaffinch sing
And the sun strolls into town like long lost king

And the mood of this whole sodden place is melancholy
Like the sun came out to play, shone through the clouds
But dropped its lolly
And everyone looks so disappointed, so, so sorry
Like the rain blew into town, kidnapped the sun
And stole its brolly'
Posted by ultra collie at 19:06 3 comments: