def. 'In public relations, spin is a form of propaganda, achieved through providing an interpretation of an event or campaign to persuade public opinion in favor or against a certain organization or public figure. While traditional public relations may also rely on creative presentation of the facts, "spin" often, though not always, implies disingenuous, deceptive and/or highly manipulative tactics.[1]'

for me and fellow endurance runners i believe the ability to be highly skilled at the art of spin doctoring is a total necessity. now boys and girls, dont get me wrong, i'm not talking here about deceiving our fellow beings, or being in any way disingenuous about our achievements. what i am refering to here is how we spin things to ourselves that helps uphold all things positive and blocks out any negative thinking. in fact becoming a highly tuned practioner in the psychology of spin doctoring to oneself might be the difference between success and failure..a bit like my previous post of glass half empty or glass half full

take my january for example. it should have been 50+ mileage weeks with long runs of 20+ as the start of my 2011 campaign build up. with a daft fall and a resulting injured tendon i've ended up with at best a 3m daily hobble. that might have sent my head spinning (in a dizzy way) a few years ago and seen me heading to make a sharp exit from whatever plans that lay ahead. but this time im only looking at what i've gained rather than what i've lost
- i've felt better and run (ok hobbled) better with every little 3 miler i've done and ive managed to run strongly the ups (it was the downs that were tricky)
- i've made a conscious effort, sometimes (not everytime) through gritted teeth to go swimming and go to the gym to get my upper body and core into a decent state so they can take on their fair share of the work rather than leaving it all to my legs
- i've totally stopped drinking this month and eaten better and so far have shed a full 1/2 stone (a bit more to go yet mind)
- and as of yesterday my training is on its way up..a whopping 7, yes 7!, miles. can you believe it!! and today i hit double figures with a lovely run around here.. 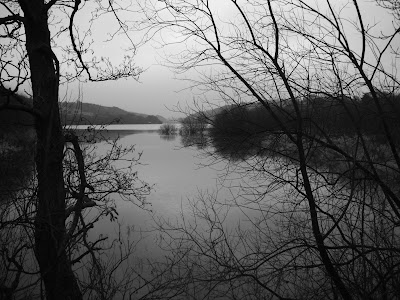 so, a month lost or a month gained? i let you make your own minds up about that..though no gold fish this time on offer the correct answer

hopefully i'll be able to continue upwards from here, build up the strenth in my knee area and replan my next few months training and events..all will be revealed (not that there's anything that exciting to be anticipating mind!). a steady week ahead of gently undulating runs (mike honeys orders) and then hopefully back to full training.

the mountains are calling. i can't hold out much longer.

so fellow bloggers and ultra diehards..keep spin doctoring your heads!

i thought the panto season was over

one thing i appear to have ommitted from my last post was the small matter of a little stumble i took out on my run. coming off shining tor, heading across the still icy moor, and probably not paying enough attention to what i was doing, my left leg suddenly gave way and over to my left i was plummeting. instead of doing the sensible thing (hindsight's great after any event isn't it!) and completing a total fall into the bracken i got 3/4 down and spontaneously tried to correct it. to cut a long story short my right leg probably contorted in a way its not meant to. feeling only mild discomfort in it (which is natural) i brushed myself down, took an intake of breath (looking around to see if any other soul had witnessed my john cleese act) and slowly took up the pace once more

the next day my planned run was aborted 10 paces from home..my right leg/knee didn't want to know

two days on and still no better a trip to mike honey, physio god, diagnosed damage to the tendon above and surrounding the knee. treatment has started and this nice pink strapping applied (he didn't have any other colourways available)..if i'm honest i quite like the fluro pink ;-) 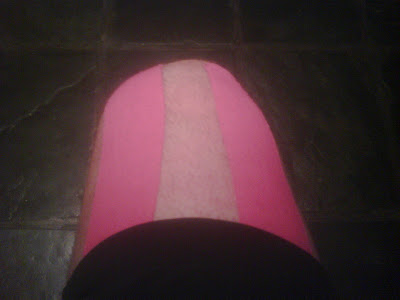 this weekends trip to the lakes for a UTLD recce aborted. i can hobble for very short outings in a bit of pain that eventually subsides but nothing long for now so my training is kind of not where i thought it might be or where i wanted it to be

im hoping for a quick recovery but in the meantime im doing lots of gym (with gritted teeth), some swimming and generally improving a whole load of stuff for the better

hopefully give it another week and it'll be business as usual, in the meantime i'll crack on with what i can do... 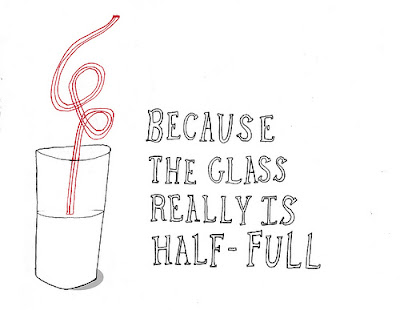 so christmas and the new year has come and gone (thanks santa aka mrs uc for making my present wishes come true..the results will be amazing??)
the technical line faults are solved
and so its back to the business of blogging

those with a canny eye may have noticed a minor amend to my page. in the true spirit of 'where's wally' i'll let you work that one out yourselves

today me and the boy had a rather blowy and chilly run round the macc harriers fell handicap route..a short 14 miler but a great and challenging route, with lovely bits of remote and desolate moorlands to travers 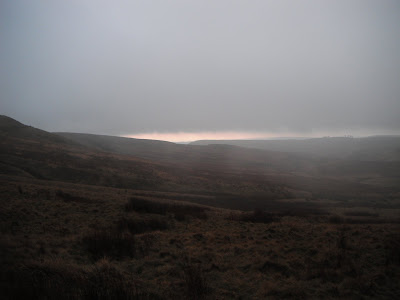 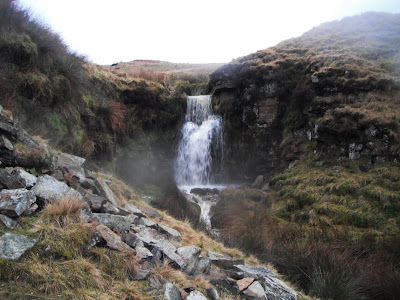 my running buddy is now 60 (in dog years) to the best of my knowledge but today showed he's still up to it all, banging over the stiles and dry stone walls as though they weren't there! i'll watch him closely over the next year but maybe limit his outings to 30 milers..which will mean me going solo on the bigger stuff...and that'll be a first!

interesting times ahead
Posted by ultra collie at 18:08 8 comments: