i love running. i really do. i still do. but after an amazing few years of ultra running, that culminated in 2010, we started to drift apart. me and ultra running , that is. like the stuff that can happen in a relationship - boredom, complacency, repetition, going over the same ground time and time again - it gradually began to feel like a chore that i was no longer enjoying, but only the long stuff. the short faster stuff still thrilled me. 2011 came and went with little long stuff that excited me and 2012 saw zilch in the way of ultras or long runs. injury in 3 places played its role too in breaking us apart, but the rift went far deeper than damaged ligaments and fascia band

luckily a few trail marathons in 2012 took my fancy - glencoe and grizedale - the latter part of the ultra trail 26 series organised by that exceedingly nice chap marc laithwaite. another in the series - howgills - was held earlier this year..excellent events in their own right. (i also did high terrain's scafell pike marathon which to be honest i really did not enjoy so we'll confine that to the best forgotten bin) 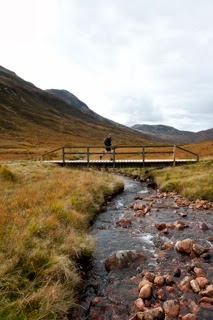 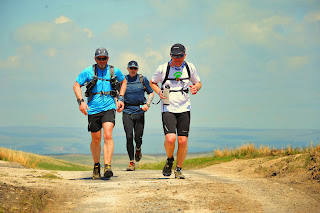 with  those 4 medium distance outings in the bag i decided it was high time to try to make amends with ultra running. so we got together to see how we'd get on..it had been a while and maybe we just weren't cut out for each other anymore

our first date - the lakeland 50 (for a 3rd time) - was what can only be described as a disaster. we fell out very early on in the race and i followed through with my threat of pulling out just 20 miles in at mardale head. and for most of it we argued continually..it got quite heated

with two further dates planned, such a spectacular fallout wasn't quite in the script. but in some ways it wasnt surprising this happened. we were going over old ground that we'd become too familiar with and so the date lacked any spark whatsoever

that was it i thought. i'd failed to breath new life in it all.

but things were to change.

on holiday in a very sunny cornwall i sat out in the garden most days reading an amazing book..the chimp paradox. WOW! talk about getting to understand whats going on in your mind. reading it gave me a real spring clean...about control, inspiration and self belief and a whole load of other stuff (it should be on the national curriculum for kids!) 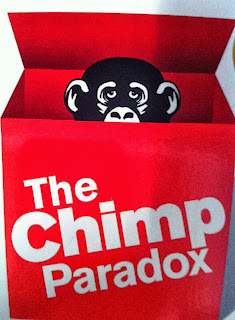 with a mind afresh, i decided to give it all a second go. this time at the very inaugural running of the 'grand tour of skiddaw', organised by yet another wonderful and chipper type, gaynor prior. this really was make or break...47 miles across the northern fells with the small matter half way round of getting to the top o'skiddaw, ringing a bell, then descending off back down and round across the fells once more back to the finish. WHAT A DAY I HAD :-). me and ultra running might just have spiced it up a bit, certainly enough to go on another date 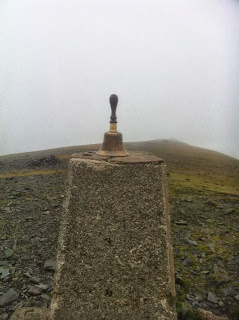 so our next outing would take every little ounce of physical and mental strength i had...a 66-70mile, 10,000-14,000ft (depending on whose stats you read) round trip - the first ever ultimate trails event directed superbly by gaynor prior -  from windermere over to bampton, patterdale, watlendath, langdale and back to the start. i wont bore you with the details except to say it was as tough as i imagined it to be, but with a load of mental guile i did it. and with this and skiddaw in the bag i'm back in love with ultras (well for the foreseeable future anyway!) 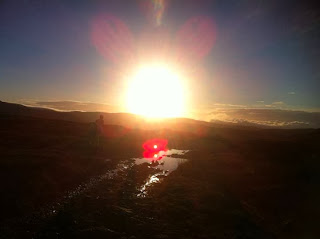 so, full of renewed self belief, vigor, and inspiration i have a goal, a big one, for 2014

but these are the things that will help me get there

1 keep it fresh, dont keep doing the same events time and time again. go to new places, new races
2 run for the reason you love it so much..the connection to the earth, the feeling, the simple joy of putting on foot in front of the other in amazingly inspiring place. and the camaraderie
3 when youre going through hell keep going..after the dark comes the light (always)
4 always believe. manage your chimp
5 forget time/pbs etc..just enjoy it
6 and finally, train better, train harder, train longer..and keep on smiling

(and in case you're wondering, his nibs, charlietheultrarunningcollie, is in fine fettle. he belies his 11-11.5 years of age. always on the go. running everything apart from long ones with me. forever placing stones and sticks at your feet to throw and fetch. but he's broadened his past times and is now also a real whizz at football..theres more life in the old boy than ever :-) 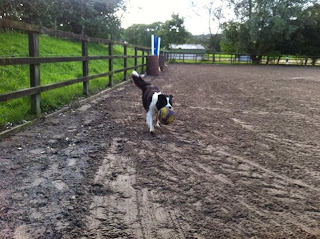