27.5+ miles (and around 3500ft) around grizedale MUT forest then down to windermere and back...technically then thats an ultra though perhaps not in the true spirit of things

suffice to say we had a great day. best described as a trail of two halves. the first loop (12m) round the forest was relatively easy and quick running on forest trails. the second by contrast totally different..more technical rock strewn trails (some very slippy and muddy), muddy fields and a bit of road t'boot..and so decidedly harder (and slower)

a great event organised and run by a truly great bunch of smiley people. and to top it all the best chicken and peanut soup in the world at the end

his nibs on uncontrollable form..i think he needs an equally lengthy warm up to knock the edge of him! and he had his admirers...'that's a proper dog that is'..i think charlie could lipread the guy ;-)

so after hobbling through the first half of 2012 with multiple injuries to my left foot and ankle, the second half has seen us get back into some sort of groove, during which I / we've done a number of races, albeit shorter stuff, that we've not tried before

first up was the inaugural 12.12 trail race at the bigrunningweekend in the peaks. i can only think that ,although numbers for this and the accompanying ultra were very low, this event will grow and grow. excellent routes, organisation and a great bunch of folk

and you cant knock some of the great little fell races in our area too. for lantern pike we had excellent weather from the Hayfield showground. basically an up and down with a whole load of country fayre entertainment when you've finshed

then it was over to haworth for my first running of the yorkshireman. still building up from injury i wisely chose the half marathon and strangely found it really hard going. ok it was warm but really was i that unfit??! once finished, with a rather sluggish time, i started to feel a little queer..soon that crept into nausea and alternating hot and cold sweats. driving back was a nightmare with necessary stops every few minutes. at one point i considered heading for the nearest a & e. then once into hebden bridge i abruptly pulled over and the inevitable multiple projectile chunder happened. an hour later and i was right as rain

next up the one i'd be building up to. the very first running of the glencoe marathon. an excellent event. only 150 runners with support , organisation and checkpoints befitting of the best races around 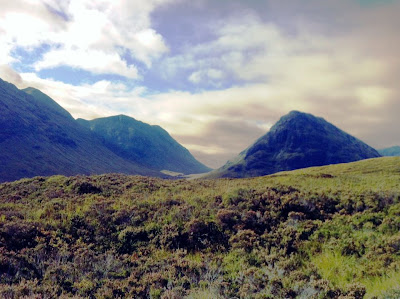 the route was boggy in parts, tough in places, but always with a stunning vista 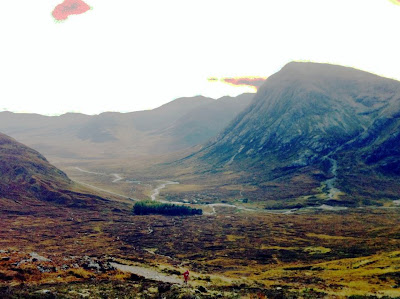 being the first time out at this distance since january it was no walk in the park, but a final (downhill) two miles at 8 min/ml made sure i finished feeling confident with a big scottish grin on my face

so next up this coming sunday is the first running of the grizedale marathon, organised by mark laithwaite and co from the lakeland 50/100 event. it's sure to be as tough as the scenery is beautiful

finally on the running front we'll be completing a cracking series of races with gravy pud fell race in december. another simple 5 mile up down no-nonsense event

and to round up the round up charlie has acquired six new little friends..the spice girls..6,6 month old gimmer hoggs who we hope will start to multiply in 2014..aren't they just gorgeous :) 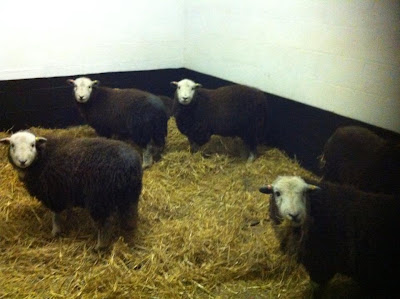